Backed by Humans That Care 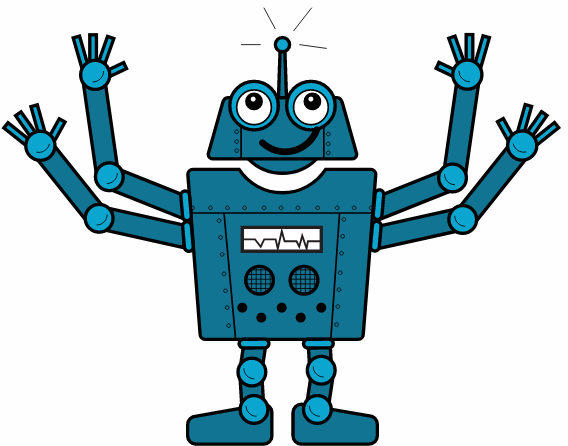 Otto is on duty 24/7. He performs every WordPress update, and carefully inspects your site to make sure everything is looking good. Otto never gets tired, and he never takes vacation.

We love automation more than anyone, but until Otto is truly sentient, he works best with a team of dedicated humans. We help him learn faster, teach him new tricks, and we're here to support you when you have those tough human questions.

StagingPilot was founded by Nathan Tyler, of Tyler Digital.

Nathan comes from a rigorous development background, starting with PHP development in 2003. He moved into full time freelance web development in 2006. For a few years, he focused on raw PHP, MySQL, and CakePHP, and then discovered WordPress. He started using WordPress for client blogs here and there. Around 2010, when Custom Post Types were emerging,WordPress increasingly became a natural fit for many of his client projects.

Nathan then moved to exclusively working on WordPress and being a contributor to the open source community. He was a co-organizer of the 2014 and 2015 WordCamp LA and co-leader of the Pasadena WordPress Meetup for several years.

He has created and released two successful paid plugins, Draw Attention Pro and Webmaster User Role Pro, as well as over 14,000 active installs on WordPress.org plugins available to the community for free.

With WordPress, it’s possible to code according to best practices, but it’s easy to skip it. Nathan’s background taught him to work with the basic raw tools before WordPress became as powerful as the software we know and love today, which informs the way he works. His background in database architecture and MVC (model-view-controller) programming inform a thorough approach to development. Nathan graduated from Occidental College with a major in economics, business, and management in 2006. He applies his background and best practices expertise to his work in WordPress at Tyler Digital and StagingPilot.

When he’s not coding, he enjoys hanging out with his wife or playing soccer in his local recreational league.

Phil graduated from Hofstra University and has nine years of experience working at Tyler Digital. He was Tyler Digital's first employee, picking up on-site consulting from Nathan in 2008!

He moved from on-sites to full time development, and now primarily works with either Bash scripts or PHP. Phil has been working with Otto on StagingPilot since its earliest days as internal workflow automation. When not at his desk, he enjoys reading plays, D&D, and playing Tak.

Sean has been working exclusively in WordPress and supporting technologies for over a decade. His strength is in maintenance and troubleshooting and he has experience working with many popular languages and environments, including Codeception, Gravity Forms, Gulp, Node, SAAS, and more. Before diving into WordPress development, he spent most of his professional life in the Apple ecosystem providing sales, support, and maintenance to personal, corporate, and government clients. When he is not working in the web, he is tinkering with a vintage Cooper S or hitting the beach with his corgi pup Moka.

Natalie MacLees is a front-end web developer and UI designer. She is the author of jQuery for Designers, now in its second edition. She was the lead organizer for WordCamp Los Angeles 2014 and 2013 and organized the first Website Weekend LA, a 48-hour hackathon matching web professionals with nonprofits in need to websites. She also works to bring affordable and accessible coding classes to the community

When it comes to client services, Blossom Wright will travel to the ends of the earth. Literally. Her project management experience stems from her twenty year career in film production, working on hundreds of television commercial campaigns for brands such as Apple, the Home Depot, General Motors, and top advertising agencies such as McCann, Ogilvy, BBDO, and many more.  Passionate about music, and in particular live music, Blossom has also enjoyed working in the music industry, touring internationally with recording artists such as The White Stripes, Morrissey, The Dead Weather, and the Kills where she has earned a couple nicknames for her client services skills; both “The Fixer” and “Shredder.”

Always interested in technology, she started dabbling with WordPress in 2010, and once she discovered the greater WordPress community through WordCamps and Meetups, she immersed herself in learning and using the CMS. Struck by the similarities in process between web development and her experience in managing creative teams, she joined Tyler Digital in 2014 to focus on Project Management and Client Relations. With the launch of Staging Pilot she is excited to help support customers in getting the most out of the platform! Away from her desk Blossom enjoys checking out concerts, restoring her 1905 Craftsman, and many hobbies!

Big news! StagingPilot has been acquired by Pantheon. To learn more about Pantheon’s managed updates and professional servicesClick Here
+